What a ridiculous, ridiculous night. Last night, I braved the cold and headed to Philly’s First Unitarian Church to catch hardcore legends Bane. I missed the first few bands, but I made it in time for New Jersey pop-punk act I Call Fives. Also, if you saw someone at this show bleeding profusely from the eyebrow, that was me. Sorry if I got blood on you. 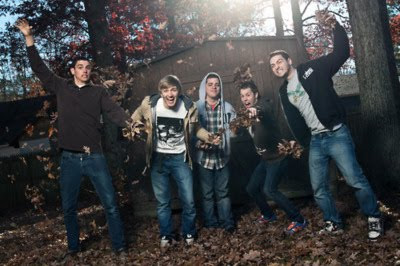 These guys played straight up, obviously Saves The Day influenced pop-punk. I checked out some of their recorded stuff before the show, and I didn’t like it due to it being overpolished for my liking, but their live show was muuuuuuuch better. Rough around the edges, they got a few in the crowd into it who proceeded to hardcore dance and punch random people in the face (c’mon… really?) While I doubt I’d get their recorded stuff, I’d definitely go see them again. 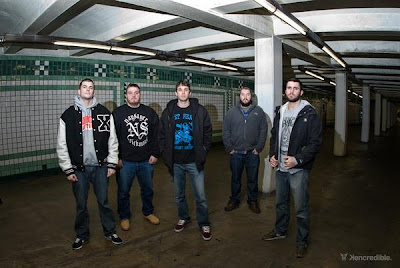 Richmond straight edge hardcore who had the crowd exploding. The second they took the stage, the place erupted into a huge two stepping, roundhouse kicking dojo. The pile-ons were heavy, and even though they were a bit more metalcore and tough guy than I usually can handle, I actually dug their set quite a bit. Might need to check out their recorded stuff.

I’m not really a big fan of NYHC, so I couldn’t really get into these guys, but they played in the veins of Agnostic Front and Sick Of It All. While not as big as a reaction as Down To Nothing, they had the place pretty damn explosive, with one kid even doing the best Dominique Moceano impersanation by doing flips on the dance floor. 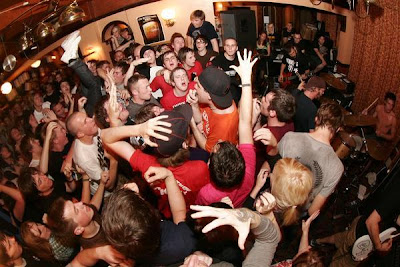 FINALLY, the reason I came to the show. The second they took the stage after some enlightening words from Joe Hardcore, the place cleared into a huge pit (note to dude who decided the best way to clear was to punch me in the face. Listen, I’m all about clearing areas for pits… you don’t need to intentionally punch people in the face to do so. We’re all here for the same reason and it’s to have a good time, stop being a fucking dick.)

The band broke straight into The Bold And The Beautiful, and kept the momentum up all night. Unfortunately, at one point during Swan Song, a pile-up went bad and split my eyebrow pretty deep (wound up needing 5 stitches after the show), so I ran into the bathroom to clean up a bit… until I heard my favorite Bane song Speechless. Ran back out there and two stepped the entire time (would have dived, but didn’t want to bleed on everyone.)

Besides for the one dude punching people in the face, pretty positive vibe at the show, with people helping each other if anyone fell, lots of people coming up to me and asking if I was ok (and some even offering to super glue it back together for me if I ran to CVS real quick. That’s what the hardcore scene should be all about.)

setlist:
The Bold And The Beautiful
Superhero
Ali Vs. Frazier I
Count Me Out
Swan Song
Speechless
At Best
The Young And The Restless
My Therapy (I think)
Guiding?
Some Came Running
Can We Start Again

More:
Scenester 101: How To Be An Old School Hardcore Kid In 10 Easy Steps!
Ceremony – Violence Violence
Ceremony – Scared People EP
Give Up The Ghost