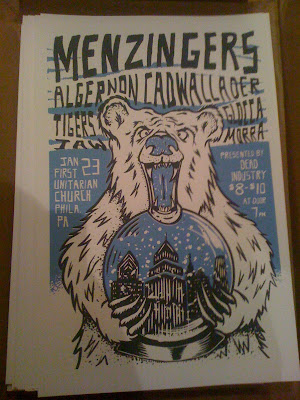 First off, big props to my buddy Tony over at Dead Booking Industries for throwing what I believe is his biggest show to date. On Sunday, I rushed back home from NJ and made it to the First Unitarian Church, and it was immediately apparent that the show was sold the fuck out (bought tickets early this time… no BTMI repeat for me.)

I’ve seen these guys before open for Paint it Black at a friend’s house last spring, and they definitely have a strong following. Bunch of scruffy dudes playing melodic emo tinged punk. I don’t really like this band much, but the crowd was going apeshit for them. They were definitely feeding off the crowd’s energy. 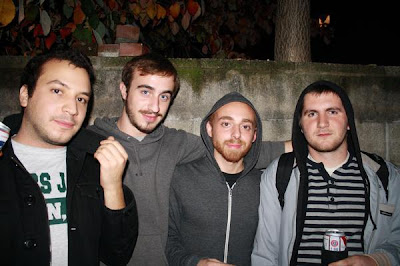 I’ve been in Philly for 4 years now, and have yet to see these guys live. Of course, it wasn’t until I listened to their 2o1o “Chamberlain Waits” before I really became a fan. The second they took the stage, the crowd instantly started the stage dives and pile-ons (including yours truly). The band played with the majority of songs off of their acclaimed release, but threw some in from “A Lesson In Abuse of Technology”.

The band themselves seemed to be having a complete blast on stage, with the guitarist jumping into the crowd and playing on people’s shoulders. The band’s blend of punk, folk, and pop translated perfectly on stage, and if they come around your area, definitely go see them, or better yet, make a pilgrimage to Philly to see them in their city… It’ll be a shit show guaranteed.

The Weakerthans at Webster Hall

Ted Leo and the Pharmacists