When I heard that Government Warning would be playing their last Philly show ever as they were breaking up after this tour, I knew that I had to go see them. Last night I headed out to Philly’s great Ox, to check out these Richmond VA punks. 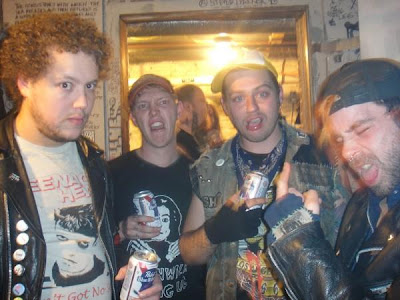 First up were Philly’s dirty punk rockers, Bucket Flush. These guys played incredibly sloppy street punk influenced by bands such as Dead Kennedy’s and GG Allin. I was digging them in the beginning of their set, but they played way too long for an opener band (I think they played a total of 40 minutes? Pretty sure Government Warning had a shorter set) and I started to get pretty bored, as did the rest of the crowd. At least they didn’t get naked (which they are sort of notorious for doing).

The crowd warmed up once these guys took the stage. A pit opened up within the first opening chords, and people lost their shit during these Philly duders set (and someone started throwing firecrackers in the pit, nicely). I haven’t heard these guys previously, but they play heavy hardcore with a touch of melody and cleaner vocals (which is sort of refreshing in this genre) and they have an EP coming out soon on Jade Tree records, so I’m pretty stoked to check that out. 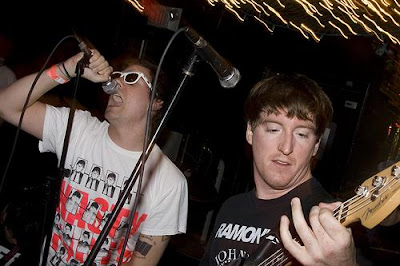 I’ve heard good things about this band… good, good things. Night Birds definitely did not fail to deliver. The second the band started, the guitarist jumped into the pit and rocked the fuck out. They played a mix of 80s punk rock influenced by surf punk, definitely a good mix. I need to check out their recorded stuff for sure. 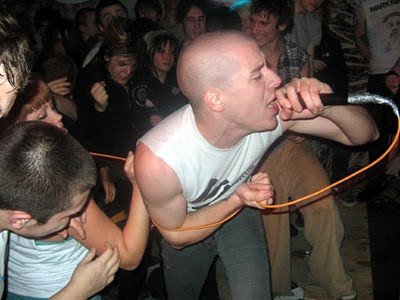 The reason I, and the majority of the crowd came. Within their opening song, the pit broke out and people started the pile ons and stage dives instantaneously. Unfortunately, the majority of the crowd stood in the back, but us dedicated few up front lost our shit. Firecrackers were going off in the pit, and someone threw one onstage that landed right on the guitarist, who completely disregarded it as he rocked out. Punk rock.

The band had an insane stage presence, with the singer constantly jumping into the crowd, swinging the microphone, brought some of the spotlights down, and took down some of the hanging christmas lights and started whipping them into the crowd. Bottles and cans were flying, and it was just a giant party. The band blasted through their set relatively quickly, and didn’t leave much room for stage banter… in fact, there was none at all.

A solid set, bummer to see these guys go.

The Unseen – Lower Class Crucifixtion (For fans of The Casualties, A Global Threat, The Virus)