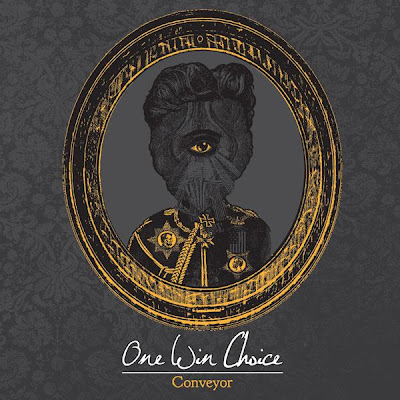 Tom’s River NJ famous for having the Little League World Champions, a skatepark I used to hit up back in the day, and world famous for being the place where my grandparents live. However, having a thriving punk/hardcore scene is not one of it’s claims to fame. Despite the odds though, One Win Choice has been going strong for a number of years though, and with their latest release of “Conveyor”, OWC shows no signs of slowing down anytime soon.

Playing melodic hardcore punk, One Win Choice takes plenty of cues from bands such as A Wilhelm Scream and Strike Anywhere (the singer actually has a SA tattoo). Compared to their earlier releases, “Conveyor” is a bit more experimental, with the guitars exploring more of the fretboard by having more melodies intertwined as apparent in songs such as “Paint Me A Better World”. Lyrically, the band mostly deals with socio-political issues, and the singer’s voice is gritty and switches between singing and your more typical hardcore shouts.

If you’re a fan of melodic hardcore, you’ll dig this album. It might not be anything you haven’t heard before, but it’s damn solid. I find it to be a bit of grower, and with each listen, I’m enjoying it a bit more. Oh, and if they come around your area, do yourself a favor and go see them. It’s rare to see a band with the pure excitement they have when they’re playing a show, and it shines through their set.
MP3:
One Win Choice – Places

Subb – Until The Party Ends (For fans of Sublime, Suicide Machines, Saves The Day)