Saturday fucking night. What to do, what to do? I was torn between going to see a friend’s band at a house show, going to see thrash legends D.R.I at the Troc, or going to see the one man hi-jinks of Franz Nicolay. After some deep pondering, I decided to head out to Philly’s Kung Fu Necktie to see the mustachioed man. 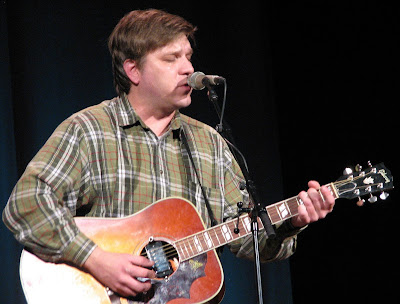 When I got into the small bar, David Dondero was on stage in the middle of his set. I’m not usually a fan of singer-songwriter with acoustic guitars, but his songs were pretty catchy and funny. There were maybe 20 people in the room watching him play, and it seemed like a strong majority knew who he was and requesting songs. I don’t know any names of his songs, but he played one about a waiter which was pretty sweet. 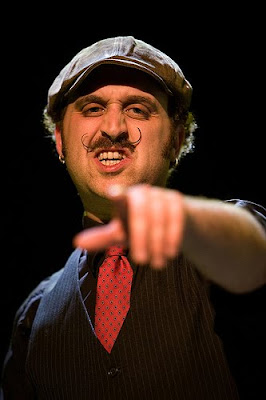 Franz Nicolay of World/Inferno and The Hold Steady fame puts on some damn good live shows. To my surprise, nobody in the crowd really knew who he was besides myself (or at least they didn’t make it apparent) , and the numbers of people watching dwelled down to maybe 10-15. Whatever, they don’t know what they were missing out on. And for what it’s worth, Franz Nicolay is one of the only singer-songwriter’s that I enjoy.

He took the stage and set up his 3 primary instruments around him: his guitar, accordion, and banjo, and opened into the saddest song he knows “The Ballad Of Hollis Wadsworth Mason, Jr”, and had the small crowd clapping along through the accordion solo.

Franz Nicolay is not only an incredible musician, but a great showman as well. His stage banter and stories are usually hilarious, and his stage presence for a one man band is impressive. Playing my request of “Jeff Penalty” to which he responded “ahh, the novelty song about a guy from Philly, of course” it was around this time that the bar started packing out for a dance party that was to happen after the show. The crowd was incredibly loud talking in the back, often times making Franz difficult to hear. Still, he powered through and I give him mad props for that.

He played through a few songs off of his newest “Luck and Courage”, and was about to call it a set until I requested “Dead Sailors” (which he played, fuck yeah.) Closing with a cover, Franz looked a bit frazzled by the inattentive and loud dance party peeps, but the man respects his fans by plowing through what I’m sure was a difficult set when I’m sure it would have been easier to just end it early, and for this, Franz Nicolay gets insane props from me.

Some Rare Catch 22 Tracks For You

Hold Tight! – Can’t Take This Away (For fans of Lifetime, Blink 182, The Lawrence Arms)