After an interesting weekend in DC that involved going to support my friend’s brothers band Atomic Tom and parties, I rushed straight to the First Unitarian Church for the sold out Paint it Black show. I made it just in time for Punch. 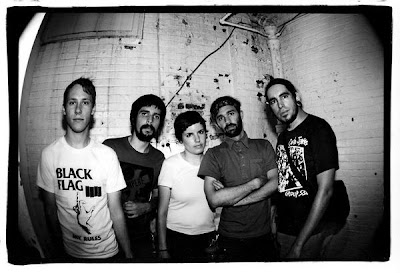 I think I have a new addition to my favorite female fronted bands. San Francisco’s Punch completely destroyed it with their heavy as fuck riffs and the singer’s brutal vocals. The crowd broke into a pit up front and the stage dives were strong. I’ve never heard of Punch before last night, but they definitely won over a new fan. 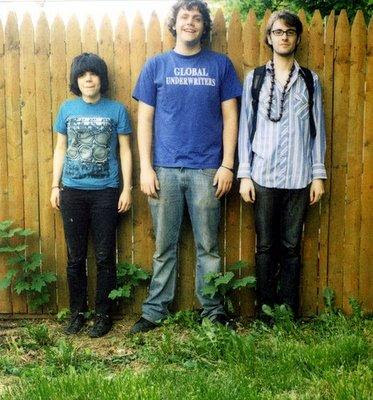 I’ve heard about New Jersey’s Screaming Females a lot, but I never got around to checking them out. Playing garage/punk/indie music, they had a decent amount in the crowd singing along every word, and some dancing up front. I could respect their music, but it wasn’t really my thing. The girl singing definitely had an interesting voice. 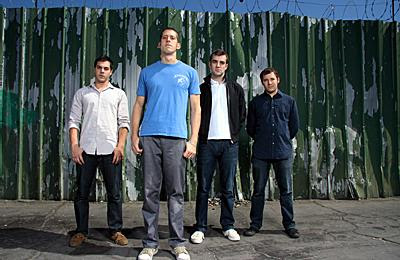 I can’t believe it’s been nearly a year since they’ve last played Philly at the Terrordome (R.I.P), so I was ridiculously stoked about the show. While the band was setting up, Andy was cracking jokes and making fun of Dan while the crowd waited for him (“I’m going to let you in on a secret, before every set, Dan runs to pee in the bathroom due to nervousness. You’d think a man who’s played as many shows as him would not be nervous.”) I thought this was actually really cool that he still gets excited/nervous about shows and has not become your jaded musician… but I digress.

Blasting straight into “The Ledge”, I apparently wasn’t the only one who was missing Philly’s hometown heroes. We immediately began the pile ons and stage dives, and the place was a shit show (as it should be). As usual, the band seemed stoked to be playing in Philly again, with Dan often jumping into the crowd and inviting everyone on stage for sing-alongs.

There may have been on a new stage dive record set by me (I lost count), and a new record for the amount of times I was dropped… Surprisingly enough, the band did not play an encore (actually, I’m not sure if I’ve ever seen them do an encore), but they put on such a solid set, I wasn’t too bummed.

More:
Paint it Black – CVA
Paint It Black – Amnesia
Lighten Up – Absolutely Not

The Most Uncomfortable Interview EVER (Sigur Ros)