On Friday, I rushed out to a random West Philly house straight from work to catch the One Win Choice record release show which featured an incredibly stellar line-up. Afraid I was going to be late, I made it there with plenty of time to spare… thank you punk rock time. 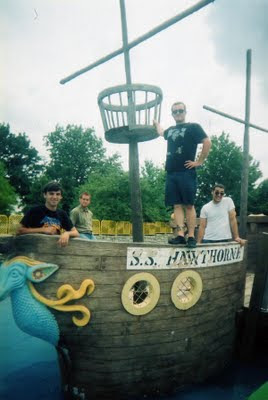 Ok, anyone who reads this blog should know that Philly’s Lighten Up has become one of my favorite bands, and I was looking forward to hearing them play their newest songs. Only a handful in the crowd had any idea who they were (play more shows dudes), and the band was having some technical troubles (the bass kept cutting out, vocals difficult to hear, etc). I also think it was the first time they played as a 5-piece.

Regardless, I enjoyed their set, even if they decided to skip their last song “Lighten Up”.

Setlist (Not in Order)

Absolutely Not
Get The Poison Out
Lost In Space
Same Shirt, Different Day
Summer Fiction
Born To Perspire
Life On Earth
Boys To Wolves 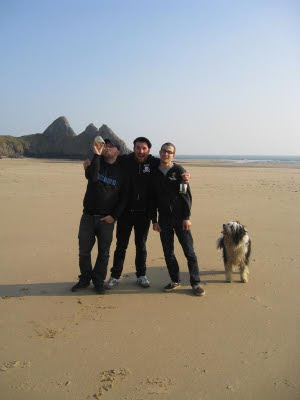 I’ve been listening to these guys for a while now, but for some reason, anytime I try to go see them, I either completely miss their set or show up while they’re ending it. Not this time. Unfortunately the crowd was pretty mellow throughout, but I sang along to each word. The band was on, and the set was made mostly of songs from “An Evening Of Bad Decisions” (would have been cool to hear more off of “One For The Good Guys”).

Setlist (from what I remember):
Green Hoody
Marc
Bothered
Places
One For The Good Guys
Cut The Tie (I think)
Fin
The Waiting Game

Choke Up:
I’ve never seen these Boston dudes before, but they played a pretty solid set and while playing melodic punk rock (leaning more towards the heavy side) but I was impressed and will need to pick up some of their recorded stuff. 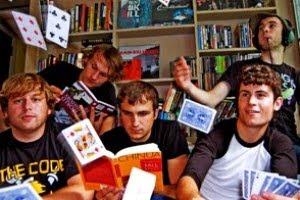 I was upstairs for Bridge & Tunnel and missed their entire set, but I made my way back downstairs for NJ / now Philadelphia’s One Win Choice. Playing a decent amount off of their newest “Conveyor”, the crowd finally got rowdy for the headlining record release.

As usual, the band played an energetic set, with the singer being constantly piled-on in the small basement for sing-a-longs.

For some reason, I’m drawing a blank on the songs they’ve played, but they did a double-encore (we wouldn’t let them leave), but my favorites were Movements and the Refused cover.