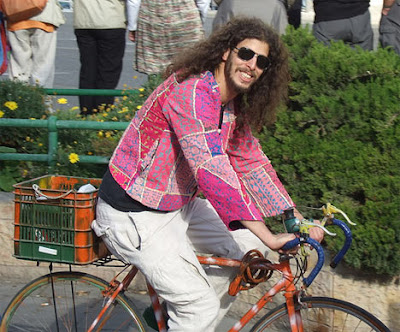 What up long lost homies? There has been a little lack of updates because I was supposed to go to the Outerbanks this past week, but there was some bitch named Irene who sort of ruined that plan (hint: for you west coasters… we got hit with a hurricane).

So instead I went to visit a friend in Asheville, NC! I’ve never been there before, but it was a pretty cool city. Lots of hiking trails, nature, and hippies… but not a trace of punk rock. So in the spirit, here’s a little mix of the shit I listened to on the way down.

Fun fact: I met this couple there, who told me they never met anyone from Philly before… I quote: “You’re too nice to be the typical Philadelphia urbanite we’d imagine”. Apparently we’ve got a reputation… And the joke’s on them, I’m a Jersey kid at heart.

The Revenge – Like A Fine Bottle Of Good Pussy

Protest The Hero – Heretics And Killers

Give Up The Ghost – The Ice Age Is Coming!

Lighten Up – Absolutely Not

Listen To These Mixes Or Be A Turd:

Holy Shit I Broke Myself

A Ramones Core Mix For The Shorties

Songs to Piss Off The Personal Fitness Trainer Below Me Mix

Ravens and Chimes at Union Hall