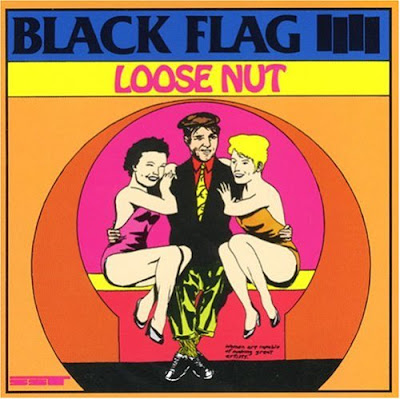 I love Black Flag, but I will admit, there is a bunch of albums of theirs I just simply can’t get into. Sure, everyone loves Damaged and The First Four Years, but it seems like people are pretty divided I just can’t get into their gloomy, Black Sabbath experimental era (“My War”). In 1985 Black Flag released “Loose Nut”, and while it wasn’t exactly a return to form to their earlier days, it incorporated much more of that hardcore sound that makes Black Flag so influential to this day.

Loose Nut consists of 9 tracks, and all of the songs fall into the 3 minute-4 minute mark. Loose Nut contains some of Black Flag’s most classic songs, including the fast paced “Loose Nut”, the incredibly chuggy “Annihilate This Week”, and the overly catchy “Best One Yet”.

If you only dig Black Flag’s Damaged stuff, check out Loose Nut. It was the album that made me open to their later work.

Maritime- Heresy and the Hotel Choir