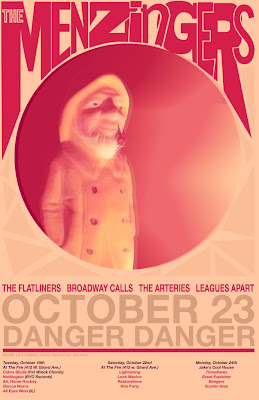 Last night, after a trip down to DC, I headed straight up to Philly’s Danger Danger to catch “exploding in popularity really fucking quickly” pop-punk act The Menzingers. It’s been over 2 years since I last been to Danger, and the spot hasn’t changed one bit. 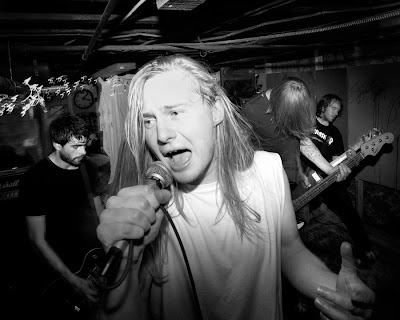 photo by the great blakelarsonphoto.com

I missed openers Leagues Apart, but was able to catch UK’s The Arteries, and holy shit did they put on a good show. I never heard them before but they completely blew me away. Playing an interesting blend of pop punk and thrashier rock and roll, they definitely made a fan out of me with their performance, and I’ll have to check out their recorded shit for sure.

Ok, truth be told, I never was a huge fan of Broadway Calls when I checked them out a few years ago (always a little too poppy for me) but besides the sheer length of their set (I felt like they played for a pretty long time), they put on an enjoyable set. Some of their songs seemed a little heavier and more Lifetime-esque than I remember, and their set is going to get me to spin their albums again. 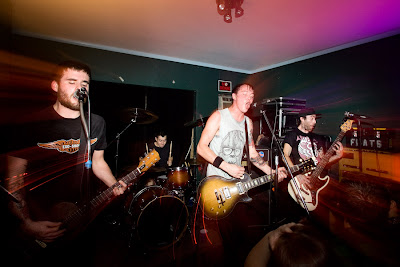 People were obviously stoked for Canada’s ska turned melodic punk band The Flatliners, and they had a decent amount of people dancing throughout their set. Even though I’m not overly familiar with any of their albums (the only one I ever really listened to was Destroy To Create), but they always put on a fun live show. 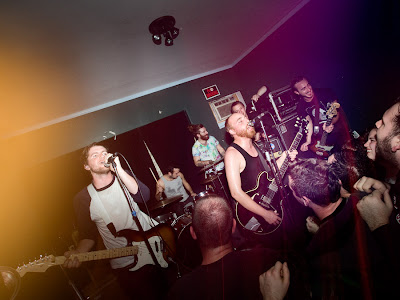 The second the band took the stage, the crowd busted out into a frenzy of stage dives and crowd surfing to their punk anthems. Bringing a keg on stage, seeing the Menzingers always feels more like a party than a show, and the band was feeding off of the crowds energy (with lead singer even doing a somersault into the crowd at one point).

The band played a lot off of their older releases, with a few off of Chamberlain Waits thrown in (and a cover of Operation Ivy’s “Knowledge” because why the fuck not?) As these guys explode, I hope they’ll continue to find time to still play shows like these.

Highlights:
Who’s Your Partner
Home Outgrown
Rivalries
They Speak Of My Drinking But Never Of My Thirst
A Lesson In The Abuse Of Information Technology
Ava House
Knowledge (Cover)
New Song

Less Than Jake Release New Song (And It’s Actually A Return To Form!)