Misfits – American Psycho (For fans of The Ramones, Black Flag, The Adicts) 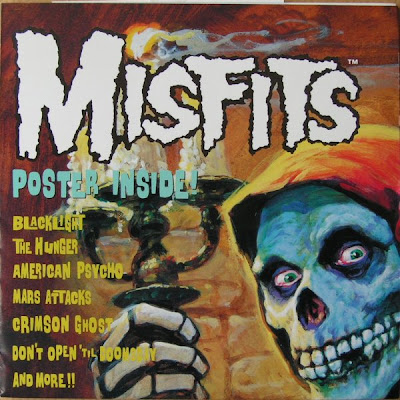 Yeah yeah, we get it… New Misfits suck blah blah blah… whatever, glad we got that out of the way. In the spirit of Halloween, I’ve been spinning a shitload of Misfits albums as of late, and I’m not going to lie, I am really digging American Psycho.

Released back in 1997, it was the first album to be released without founder Danzig (so you could imagine the reception it got), and yes, it is different than original Misfits lineup. However, I think American Psycho is a damn solid punk album.

With songs about alien invasions, raising the dead, and everything else Halloween related, the Misfits follow the same campy horror themes from their previous releases. Musically American Psycho is much thrashier than earlier work and with a much “crunchier” guitar sound and a more vibrant sound overall . If you’re a Misfits fan but never checked out anything Post-Danzig, definitely give this one a listen, you may be pleasantly surprised.