The Haverchucks – Self Titled EP (For fans of Screeching Weasel, Teenage Bottlerocket, The Ramones) 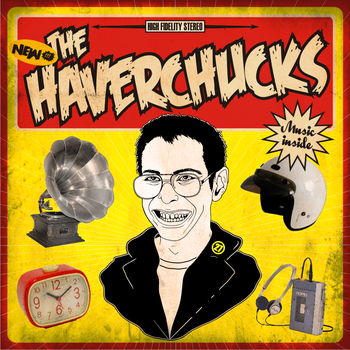 I remember when Richmond’s The Haverchucks first sent me their demo earlier this year, I was completely blown away. Seriously, it’s been a while since a demo has had me so hooked. So when I found out that they released a 5 song Self Titled 7 inch, you know I had to check that shit out immediately (as in, immediately after I found out…)

Released back in May, the self titled 7″ continues their tradition of playing Screeching Weasel influenced pop-punk, but has a bit more of a harder punk edge than the demo. The songs are more fast paced and they’ve cut down a bit on the on the backing vocal melodies (see “Allison Don’t Love Love Me Anymore”), and while a bit different, this 7 inch completely rules.

Clocking in under just 8 minutes, I highly recommend The Haverchucks to any fan of catchy punk rock. Oh, and they have it for free on their bandpage to download, so what the fuck are you waiting for (Protip: get their demo while you’re there too… you won’t be disappointed).

MP3:
The Haverchucks – You Suck

Don’t Be A Dolt, Check These Out:
The Haverchucks – Demo
Hold Tight! – Can’t Take This Away

An Ode To Friends (Homecoming 08)