Whoa, it’s been a little while since my last update… things have been insanely busy as of late but once the new year comes I promise you’ll see the regular updating again. Still, as busy as I may have been, I always find time for a good hardcore show, so last night I headed out to The Barbary to check out old time favorites Ignite, Mother of Mercy, and Ensign. 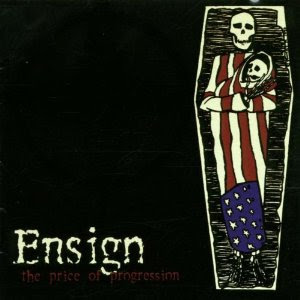 Unfortunately I completely missed One Win Choice (always a great time) but made it just time for NJ old school hardcore dudes Ensign. I’ve been listening to these guys for fuck knows how long (way over 10 years) but somehow, never got a chance to see them. They’ve had a shit ton of line-up changes over the years, but their show was solid as hell.

The band was high energy, with the singer going all over the place and shredding in general. It seemed like the majority of people didn’t know who they were except for a few dedicated few, who danced and stage dove intermittently.

It was awesome to finally see them, and while the majority of their set is escaping me, I remember them playing Tourniquet and The Spark. 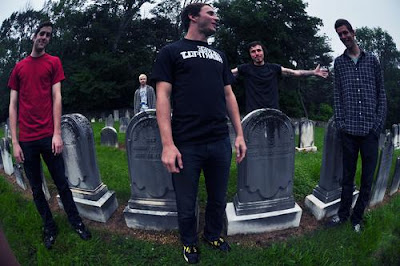 I’ve never heard these guys before, but these PA dudes completely tore it up. They had what was probably the biggest pit of the night, and their singer was energetic as hell stage diving into the crowd. I don’t know any of their songs, but they reminded me a lot of Hope Conspiracy’s Endnote (which is never a bad thing). 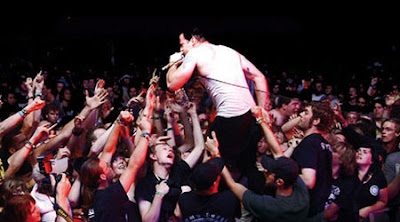 It’s been years since I’ve last seen these California dudes (mostly because they rarely come to the east coast) and the place was packed it was difficult getting a pit going (still, didn’t stop us from trying). The crowd was an interesting mix of hardcore fans and Pennywise bros, ever since Zoli joined Pennywise (still incredibly strange to me).

Needless to say, they put on a fantastic fun set spanning over the course of all their releases. The only really strange thing was that people were getting kicked out of the Barbary if they stage dove and hit the lights… I think a warning would have done rather than kicking people out (especially it’s never been an issue there before).

More:
Ensign – Direction of Things To Come
Scenester 101: How to Be Hardcore in 10 Easy Steps!
Gorilla Biscuits
Ten Yard Fight