Last night I headed to Philly’s Trocadero to catch my all time favorite band, The Bouncing Souls.  This was the first time seeing them in Philadelphia since shattering my arm last year at their shows at the First Unitarian Church, and it was also their record release show for their latest album, Comet.

I didn’t even realize Static Radio NJ was on the bill until about an hour before the show started, so I hauled ass to catch them.  They took the stage to a mostly empty room that started to pack out once they hit the first chord.  Not many people knew who these guys were, but a dedicated few sang along to every word.

It was a bit strange seeing them on a stage that big (I’m used to seeing them play basement shows), but they utilized the space well and seemed completely comfortable up there.  They didn’t play any of their earlier hardcore stuff from One For The Good Guys and mostly concentrated on their latest release We Are All Beasts.  I’m not overly familiar with that album (listened to it once or twice) so I didn’t know a lot of the songs, but they do translate really well live.  Still, I would have loved to hear “Won’t Sleep”.

I’ve never really heard Cheap Girls before, and when they started I was digging their first few songs, but I will admit, I got a bit bored halfway through the set.  People in the crowd seemed to dig their pop tinged mid tempo music, but it just wasn’t my cup of tea. 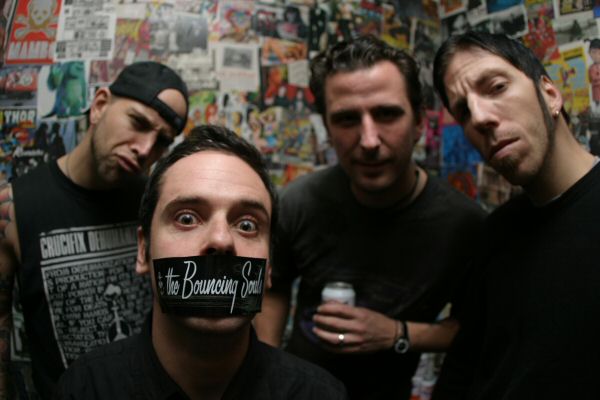 You know what’s strange?  The fact I still get ridiculously excited to see the Souls even though this would be close to the 30th time seeing them.  The lights when dark, and the crowd instantly busted into the Ole and Here We Go chants that we’re known to do at Souls shows.  When they finally took the stage, they busted out into the song Static from their latest Comet, and instantly people broke out into a pit that didn’t let up for the rest of the night.

Following it up with Kids and Heroes, I immediately lost both my sneakers in the pit which I didn’t retrieve until the very end of the night.  Looks like I’m going to have to risk moshing in my socks (just avoid the big dudes wearing doc martens.)

The Bouncing Souls played a mix of songs from most of their albums (except The Good The Bad And The Argyle for some reason).  Definitely a solid show, even though I was incredibly distracted trying to find my god damn shoes. I need to check Comet out immediately.

Setlist (Not in order and from what I remember, I am missing a bunch of the new songs)

Desmond Dekker – This Is Desmond Dekkar (For fans of Bob Marley, Toots And The Maytals, Prince Buster)