Think ska was killed by a stake through the heart years ago? Think again. Ska is alive and kicking, almost as much as everyone at the First Unitarian Church last night. While there were 4 bands on the bill, I only caught 2, The Hub City Stompers (who I went to go see), and The Slackers. 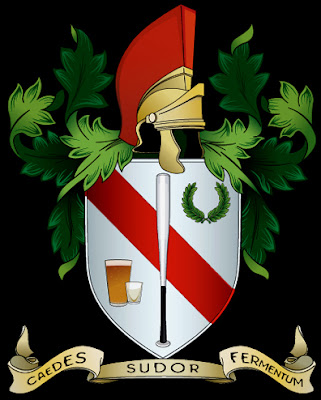 If you don’t know who The Hub City Stompers are, they are a skinhead influenced self
proclaimed “Ska for people who hate ska” band out of New Brunswick NJ. Now to all you people who just stopped reading at the word “skinhead” and are actually ignorant enough to believe that all skins are racist neo-nazis… let me quelm your fears by saying the lead singer (a skinhead) is half Irish, half black. So you can continue reading now.

Their lineup changed quite a bit from the last time I saw them, but they still put out that delicious stomp steady beat. Playing songs mostly off of their newest album “Dirty Jersey”, they ripped through a rather short yet solid set. The crowd was getting pretty into them,skanking away to all of the favorites. They gave their usual shout out to the larger women before busting into “Mass Appeal” and talked about people who talk tough behind the shadows of the internet before playing “Chatterbox”.

Although, the highlight of their set for me is when Reverend Sinister stated that it was a girl’s first time at a ska show, and swore “They are usually much dorkier than this.” At this point, they busted into a slower reggae tune making fun of rude boys and girls everywhere called something like “Dork Train to Skaville” (I don’t remember the exact title.) The crowd took this all in good humor with the chorus “You’re a fucking dork”. In the middle of the song, the tempo suddenly changed to a fast paced typical ska progression, in which the lead singer shouted “Come on you fucking dorks! Do your circle thing”. The crowd went completely insane at this point.

I think this is most of the setlist, and this isn’t in order by any means, but here is what I remember from the show: 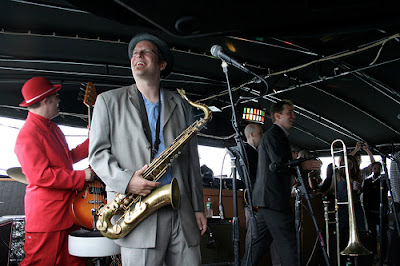 I skipped the next band (Westbound Train) to go get some fresh air (it was ridiculously hot in that basement), however I made it back in time for The Slackers. I was definitely not prepared for what I was about to see. A crowd of maybe 100 now easily quadrupled in size, and the entire basement was filled with people skanking to the sweet sweet sounds of the Slackers. There was even a 70 yr old couple there, dancing the night away (let this be a lesson to anyone who thinks they are too old for shows). I’m not even really familiar with any songs by The Slackers, but I had the time of my life. I would love to have gotten a set list for you guys, but unfortunately, I don’t know much of their songs. However, let me make this recommendation… If you like ska, and The Slackers are coming to your area, even
if you don’t know any songs GO SEE THEM.