Top 10 Christmas Songs You Won’t Hear On The Radio 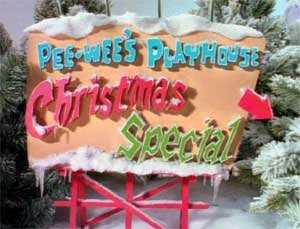 Sick of those same damn christmas songs that seem to stalk you everywhere you go? Have no fear! The Housewives are here!

10. Fear – Fuck Christmas
For all you scrooges out there. This one is fucking last.

8. Less Than Jake – Grandma Got Runover By A Reindeer
Someone should of taught her to look both ways before crossing the street.

7. Pipedown – Carol Of The Bells
Carol of the Bells is probably the creepiest Christmas song ever written…now only if it had a a creepy hardcore band playing it…

6. The Vandals – Dance of the Sugarplum Fairies
Dance with these fairies, and you’ll be stabbed.

5. The Vandals – Nothing Going to Ruin my Holiday
This song sounds like it was specifically written with cheesy holiday comedy movies in mind.

4. Mighty Mighty Bosstones – This Time Of Year
How could the Bosstones possibly love this time of year being up in freezing Boston? Very solid song nonetheless.

2. The Vandals – Oi to The World
Hilarious.

1. Atom and His Package – What WE do On Christmas
Atom (who happens to be Jewish), taking a jab at the notion of a jewish conspiracy. Pretty much saying it’s true, and it all happens on christmas.