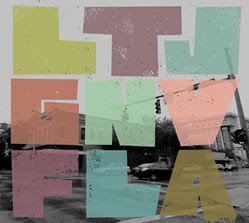 There is a lot at stake with Less Than Jake’s newest release “”. In recent years, Less Than Jake’s releases have been (how should I put this) subpar compared to earlier releases. So when LTJ announced they were getting out of the major label game, us older fans were cautiously excited.

I listened to the album, and let me say, it does not disappoint. “ ” is very reminiscent of “Borders and Boundaries”, (although the opening track “City of ” has a very “Dopeman” feel to it).” While it’s a not complete return to “Pezcore” or “Losing Streak” days, if you’re a Less Than Jake fan, you can rest assured that “” is definitely a solid album and one that any LTJ fan should have.

Less Than Jake – The Space They Can’t Touch

The Dead Pets Haiku (Fans of Less Than Jake, Against All Authority, River City Rebels)