Scenester 101: How To Be Hardcore

Ever go to a hardcore show and see a kid standing in the corner with a “Bane” hoodie on, looking rejected from the world? Ever think “Gee, I wish I could be like that kid, but I just don’t know how”? Never fear! Housewives are here! With this guide, we’ll have you so old school hardcore, people will think you came stage diving out of the womb!

Take a good look around your room right now… Is there a bed or a couch in there? If so, you can continue on: if not, print this guide out, and find one. Go on, we’ll wait.

Rule #10: You’re a Better Singer Than The Lead
When you go see an old school hardcore band, it is vital that you grab the microphone AT ALL COSTS and let the crowd hear you sing, as that’s what they really paid for. Think of it as a carnival game, and every time you touch that microphone, you are awarded a point in hardcore-dom that you can later trade in for cool merch!. People who block the yellow brick road to the microphone can be used to your advantage (ex: if you see a 13 year old girl bending down tying her shoe, user her as a step for mad ups!)

Rule #9: Nothing Ian Does Is Bad 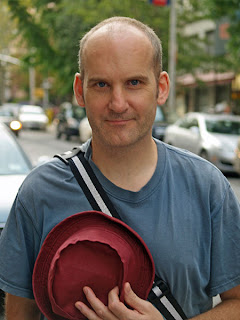 This man is your personal Jesus
(Photo taken by David Shankbone)

Obviously you know that Minor Threat is Ian’s greatest accomplishment (note: Teen Idles are up there), but you still must respect Fugazi and The Evens, even if you don’t like the music. I don’t care if he starts a god damn twee hip hop country band with the remaining members of ABBA, you’ll listen to it if you want those scene points. 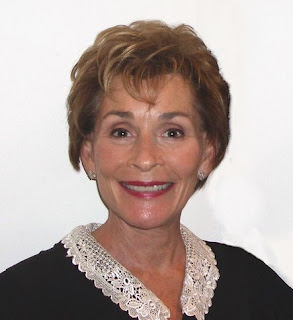 After you grab the microphone (give yourself a pat on the back!) you need a bailout plan, and they government isn’t going to help you on this one. You can’t just climb back down into the crowd… oh no, you would lose all kind of scene points! Stage dives are your key to the kingdom! Instead of climbing, you must JUMP back into the crowd, but you must do so stylishly. Many hardcore kids lost points at this stage, and that’s why we have indie today, but if you follow this advice and we’ll make sure you’ll never have to listen to Fleet Foxes EVER!

The crowd is like one hundred french judges that have been bribed multiple times, and you only have one chance to show them what you’re made of. When you jump, add a twist, a leg grab, or if you think you can pull it off, a flip! You’ll be getting bro-fives all night!

Rule #7: Practice Practice Practice!
When the big moment comes, you don’t want to embarrass yourself up there on stage, so you must make sure you practice stage diving! Get to a bed or a couch and start jumping off. If you have a hardwood floor, that help better prepare you as the crowd will be too busy trying to grab the mic instead of catching you, and you don’t want to lose all your scene points by crying (true history: back in the day, some hardcore kids were attempting a stage dive and thought they were going to get mad points, but the crowd didn’t catch them in time, and they started to cry when they fractured a few bones. This is how emo was invented).

Rule #6: Hardcore After 1997 Sucks
You should never listen to any music after 1997, period. If one of your favorite bands released an album after 1997, (including Jan 1st, 1998), don’t bother listening to it, we’ll personally guarantee it sucks. Always strive for the demos instead. Demos are cool and earn you 10 scene points a pop!

Rule #5: An Album COULD Be Judged By It’s Cover 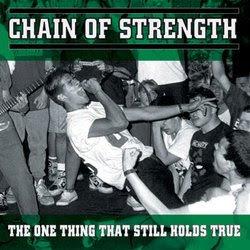 You know this album is a winner!

If the cover of an album shows the band onstage, with the crowd furiously pointing and attempting to grab the mic, BUY IT! All essential hardcore albums have this cover, as they are trying to tell you once you start listening to the music (even if you’re on a bus), you’ll be inclined to mimick the cover (but please stop pointing at the old lady with the walker, she’s starting to get creeped out).

Rule 4: For Every X on Your Body, You Get A Scene Point 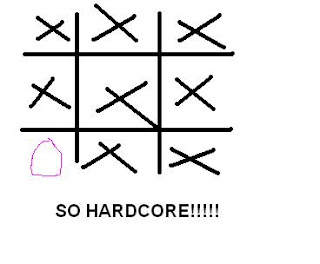 The goal is to look like you were playing a game of tic tac toe on your body, but while Os used a crayon, X had thermo-nuclear weapons. But they must be permenant! No markers you lame ass!

Rule #3: You Don’t Have Friends
You have a crew, get it straight (edge!)

Rule #2: Do NOT Hardcore Dance Under Any Circumstances!!! 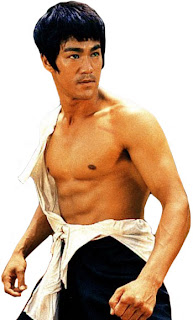 This can’t be stressed enough. You want mic grabs, stage dives, and pile ons. Hardcore dancing with floorpunches, judo kicks and windmills are for old football players who listen to Hatebreed and watch Ultimate Fighting Championship. (Note: You can thrash around the pit, but watch out for Mr. Miyagi over there. Oh, and even though the tough guys all have their shirts off, keep yours on, there’s no girls at these shows anyway).

The hardcore kid is a dying breed thanks to those goat worshipping assholes from Finland. Suddenly everything in hardcore was replaced with open E strings and constant chuggy breakdowns. Oh, and if you ever listen to Earth Crisis, you are forever banished from music.

Have you’re own hardcore tips? Let me hear about them in the comments!