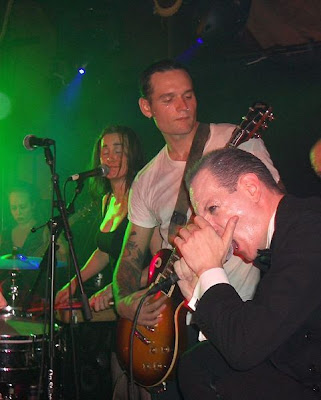 Before they were Addicted to Bad Ideas and before they were bringing you the East Coast Super Sound Punk of Today, The World Inferno Friendship Society released an album entitled “The True Story of the Bridgewater Astral League”. After they released the album, their unreleased demo known as “A Demonstrational Introduction to the Astral Plane” or simply “The Bridgewater Demos” were leaked, and every fan should take a listen to discover the roots of this infamous cabaret punk band.

The develish ghouls display a bit more of their ska roots, prominent on songs such as “A Night In The Woods” and “A Lust For Timing” (which may explain why World Inferno has such a huge following of ska dudes and dudettes).

If you’ve never heard of these guys, you need to first check out something like Red Eyed Soul or Just The Best Party, but if you’re an established fan, the demos definitely make an interesting listen.

MP3:
World Inferno Friendship Society – A Night In The Woods

Buy:
This Demo Wasn’t Released, But Check Out Their Other Stuff On Chunksaah