I Read Harry Potter, And All I Got Was This Damn Mix 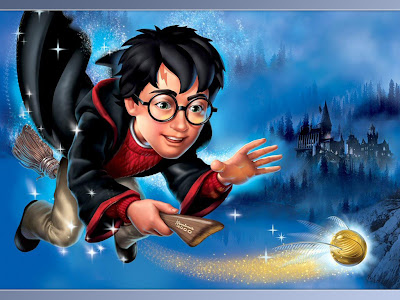 The book is not as lame as this picture… I swear.

I’m really late with jumping on the bandwagon with this one. Over the past week where I was sick… I’ve been struggling to find stuff to do (since I had no desire to move), and decided on reading. But I didn’t have any new evolution books from the library to get into, and I already read all of my books previously (only so many times you can read non-fiction).

My girlfriend happened to bring home the Harry Potter series, and I took a stab at that. For the first 100 pages, it was boring as crap (and crap tends to be pretty boring, unless you live off of a diet of stripper glitter and food coloring), but it actually picked up, and found myself (GASP!) enjoying the book.

I avoided it originally because when it came out I was in school and did enough god damn reading (of Sparknotes… heh), but if you’re sick, and need a good book to read, I have to be honest and recommend Harry Potter (I only read the first so far, so don’t come back and bitch if the others suck, you bitcher you.).

And since it’s Monday… here’s a lil’ Harry Potter mix for you all!

More Mixes That Aren’t Lame:
10 Rules If You Wanna Be Hardcore
9 Easy Steps To Becoming A Skinhead
I got 99 Problems But Moving Ain’t One
Tribute To All You Bored At Work Or School

One Night Band – Hit and Run (For fans of The Slackers, Hepcat, Selecter)