Aneurysm Rats – Dying To Live (For fans of Black Flag, Paint it Black, Lighten Up) 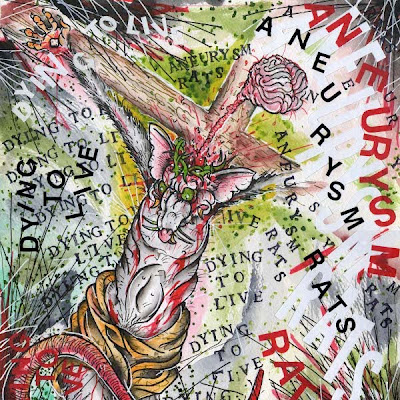 Holy crap! Those two words can pretty much describe my reaction on the first (and twentieth) time I’ve listened to Aneurysm Rats latest release “Dying to Live”. Just one look at the cover and you know you’re in for a no bullshit ride.

Aneurysm Rats dwell in Philly, and it definitely shows through their music. Pulling influences from other punk/hardcore outfits around “The City Of Brotherly Love Other People’s Stuff So Jack It” such as Paint it Black and Lighten Up, the Rats rip through 12 fist pumping songs in just around 15 minutes. They also know their roots as well though: think Black Flag meets Paint it Black (especially on songs such as Aloha).

Uncompromising and brash, I’ll be damned if “Dying To Live” doesn’t make my top 10 of the year.

SNFU – In The Meantime and In Between Time (For fans of NOFX, Satanic Surfers, The Deviates)

Off With Their Heads – Hospitals (For fans of Dillinger Four, Teenage Bottlerocket, Screeching Weasel)