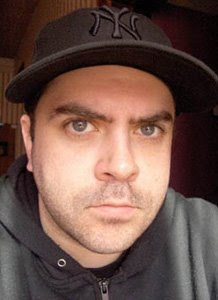 mc chris? You mean this nerdy mofo is legit? Damn fucking straight he is. As nerdy as it may be, mc chris is my favorite rapper, and he’s back with his latest EP “Part Six Part Two”. Just like the previous installment”Part Six Part One”, the album features four new songs and three new skits.

For those unfamiliar with mc chris, his rap shines through the rest with his distictive voice, hilarious lyrics, and often nerdy topics and references (oh, and if you watch Aqua Teen Hunger Force or Sealab, he was on those as well).

In the latest chapter of his hilarious saga to hell, mc chris definitely dabs into a few new musical styles (ska beat and some slight J-pop on one song). The rhymes are also pure comedy genius, as shown on the Harry Potter inspired “Neville”: I am the chosen one/no need to hold a gun/i take you there like a double decker bus does/I am a Gryffindor/stand up to Voldemort/I break it up like it was Horcruxes.

Even if you don’t get all the references (I refuse to watch Star Wars), I still recommend this if you’re willing to branch out and listen to something different between your stage dives and mic grabs.

Strike Anywhere – Change Is A Sound (For fans of Rise Against, Kid Dynamite, Paint it Black)