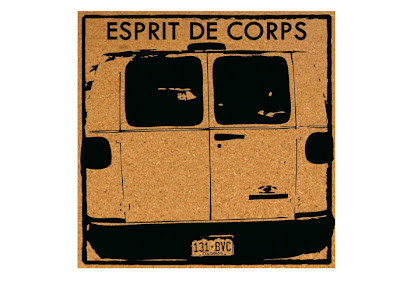 Denver’s Colorado’s Espirit De Corps debut EP “Under Constant Influence” is chock full of post-hardcore goodness (something you won’t hear me say very often). With 5 songs averaging just around 14 minutes, the music sort of reminds me of La Dispute’s and HORSE the Band’s illegitimate child.

In my opinion, Under Constant Influence doesn’t really take off until the 2nd track “Black Gold”, a pulsating, garage influenced song only accented by the gruff passionate vocals and harmonizing synths behind. From there, the rest of the EP doesn’t let up: from the gang vocals of “On Conquering” to the desperate We’re Fucked! cries found on “Forget The Titanic, We Sink Faster”.

A must for any fan of post-hardcore, and even for those of us who tend to pass on most of the genre (or just downright fucking hate it)… this one’s a keeper.

Bomb The Music Industry – Get Warmer (For fans of Big D and the Kids Table, Arrogant Sons of Bitches, Mustard Plug)