Bomb the Music Industry – Album Minus Band (For fans of Big D and the Kid’s Table, ASOB, Mustard Plug) 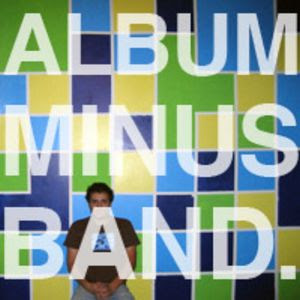 This past weekend I went to Long Island to visit some friends, and I was thinking about bands from there, and realized I never posted on one of my favorite albums by Long Islanders Bomb The Music Industry.

After The Arrogant Sons of Bitches broke up, I was kind of bummed out. I was a pretty big fan of the band, and saw them a handful of times. So when I heard that Jeff was starting his own side project named “Bomb the Music Industry”, I was pretty stoked to hear their debut “Album Minus Band”.

Album Minus Band had a more heavy feel to it with songs like “Blow Your Brains Out On Live TV” but still kept the ska beats going with songs such as “Does Your Face Hurt? No? Cause It’s Killing Me”. While Bomb the Music Industry’s music has evolved quite a bit through the years up to their latest (and ridiculously kick ass “Scrambles”), it’s good to hear the more raw rock of this bedroom recording.