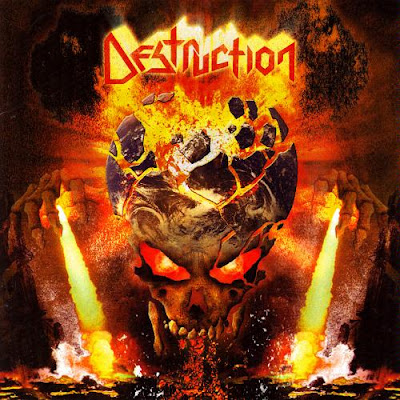 Everyone has that one friend who is a complete metal head. When my friend Evan and I first met, I was pretty damned opposed to metal. I know there are a lot of similarities to punk rock, but I just couldn’t get over all the ridiculiously stupid virgin sacrificing-esque lyrics and the vocals (which either simply had to be guttural cookie monster growls or prepubescent castrated boys… the power metal scene digs that one). Crossover thrash was too punk rock for him, and metalcore was too… actually metalcore just plain fucking sucks.

However, when my friend showed me thrash metal band Destruction’s “Antichrist”, I was instantly hooked. Take the speed of metal and thrash and mix it with the energy of punk rock, and you’ve got yourself one hell of a good time. Sure, some of the lyrics are stupid, but many are actually political, and the Antichrist is a complete shredfest. Highly recommend it if you like Municipal Waste or any thrash inspired band.

How To Survive The Music Industry

A “Save The Planet” Mix