Give Up The Ghost – Year One (For fans of Bane, Ten Yard Fight, Hope Conspiracy) 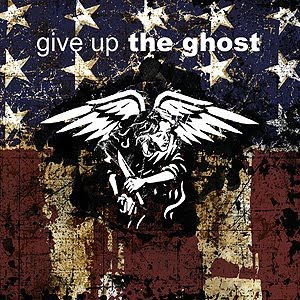 Give Up The Ghost or American Nightmare… whatever the fuck you want to call them, they saved my life. These Boston hardcore kids were one of the most hard hitting hardcore bands around. “Year One” isn’t a true album per say… but includes early out of print EPs and other rarities, and is the best release from the band.

I was lucky enough to catch the band back in 2003 in Richmond when they were on tour with The Hope Conspiracy, and while I wasn’t too familiar with all of Give Up The Ghost’s songs, I remember that t0 this day, it was the most insane show I’ve ever been to. Year One captures the energy (well, as much as you can bottle lightning) on Year One, and a listen to songs such as “I’ve Shared Your Lips” or “The Ice Age Is Coming” gives you a rough idea what you would expect at their show.

Lyrically, the band separates themselves from other hardcore bands, digging deeper than most and dealing with personal issues as opposed to most hardcore bands talking about the scene. Wes is one hell of a writer, and the songs often come out as poems.

Give Up The Ghost has been one of my favorite hardcore bands since that day I saw them in Richmond, and Year One is definitely their hardest hitting album.

More Hardcore:
Scenester 101: How To Be An Old School Hardcore Kid In 10 Easy Steps!
Give Up The Ghost
Kids Like Us
Bane

The Scandals – The Sound Of Your Stereo (For fans of Rancid, Have Nots, Bigwig)

POSI UP!!! Gorilla Biscuits (For fans of 7 Seconds, Youth of Today, Minor Threat)