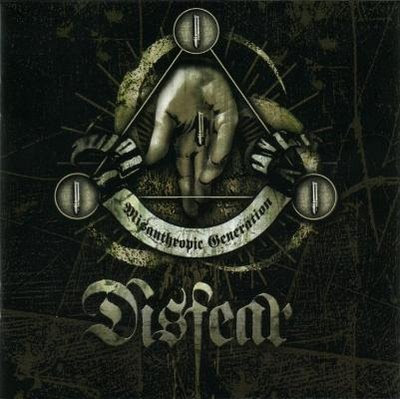 Man, Disfear are the master’s of the d-beat scene, even… (dare I say it?) better than d-beat pioneers and whom the genre is named after, Discharge. I loved Disfear’s last release “Live The Storm”, but never had a chance to check out any of their earlier releases.

Disfear brought the Swedish d-beat crust to a whole new level on Misanthropic Generation. While the band is from Sweden, all of the lyrics are in English. The vocals may sound familiar to some metal fans, as the band features death metal legend Thomas Lindberg from At The Gates fame. But don’t worry, this shit’s punk as hell.

Opener Powerload pretty much sums up the band within 1 minute: rabid vocals, wall of sound guitars, and flirting with metal/grindcore but always staying true to it’s lover, hardcore punk. This is music that is meant to be played loud, otherwise it won’t have the same effect.