Last night, after my dodgeball game (7-0 motherfuckers), I skipped kickball (yeah, I’m 5) to go see one of my favorite bands Muncipal Fucking Waste. They were playing at The Note in West Chester, so while it was slightly tamer than a Philly show, it was still insane and an awesome time. Also, big props to the sound guy, as every band sounded really good level wise. 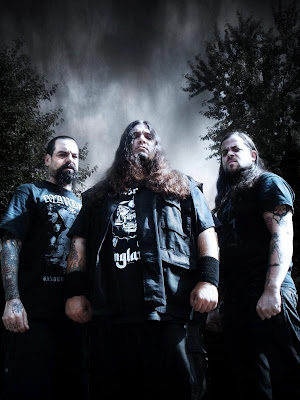 I got there right in time to catch New York metal band Black Anvil. Their music was pretty solid, thrashy metal guitars that had many in the crowd headbanging along. The bass was also really powerful, and with the drums, really carried the song through. I wasn’t a huge fan of the vocals, as I don’t really dig the growls in music (otherwise I’d listen to a loooot more metal) but still an enjoyable show. 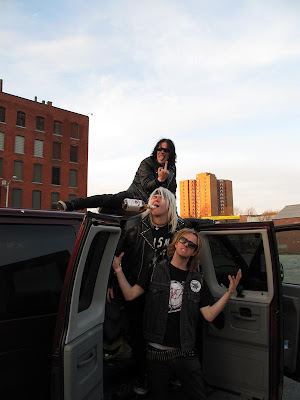 Kings of the fucking waste land. I don’t listen to Toxic Holocaust on record, but let me just say, they fucking killed it live. Thrash metal to the fullest, Toxic Holocaust had a dedicated pit, and had a few stage divers as well. The bouncers didn’t like the stage divers, and tried to pull them down (heh, gooood luck trying to stop stage dives during Municipal Waste guys). Unfortunately, I’m not too familiar with their songs, so I couldn’t really tell you what they played, but I remember them closing with “Nuke the Cross”. 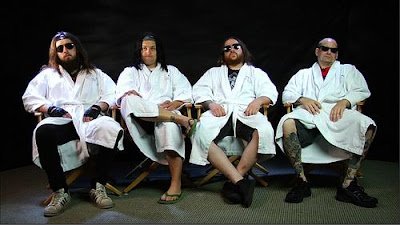 Wow, not a boogie board/pool noodle/beach ball in site (mostly because the bar didn’t let them in). The second that Municipal Waste took the stage, there was a massive pit and stage diving began immediately (and the bouncers also gave up on trying to control the crowd immediately). Opening with their Intro and blasting straight into Wolves of Chernobyl, the band didn’t really let up for the rest of the night.

People obviously went apeshit for their older stuff obviously, and they said they were playing a lot of songs they haven’t really done live in a while (Attention Deficit Destroyer). This goes without saying, but if they come around your hood… go see em.

A Wii Bit of an Article for ya