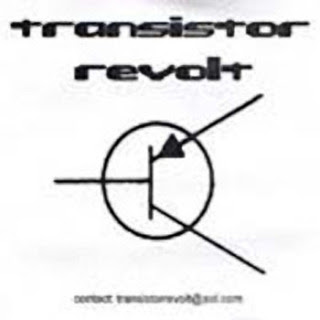 Say what you want about Rise Against (and I’ve talked some shit in the past), regardless of what they’re doing now, these Chicago cats were one of the best melodic hardcore bands around, period. Need proof? Just check out their first release ever, demo/EP “Transistor Revolt”.

Transistor Revolt was self released back in the year 2000, shortly after the breakup of 88 Finger Louie, and is one of the lesser known Rise Against releases. While 3 of the 4 songs were eventually rerecorded for the face melting “The Unraveling”, it’s pretty sick to hear them in their original form.

The one song that was not released anywhere else was Join The Ranks, and that is one of the most brutal punk rock songs that Rise Against ever released.

Since I don’t live in Chicago, I’ll never be able to catch them in a basement playing their old shit, so spinning these tunes are the closest I’m ever going to get.

MP3:
Rise Against – Join The Ranks

Buy:
Think this one’s out of print homies.

Ceremony – Violence Violence (For fan of Paint it Black, Some Girls, Blacklisted)