NOFX – Pump Up The Valuum (For fans of Rancid, Bad Religion, Dillinger Four) 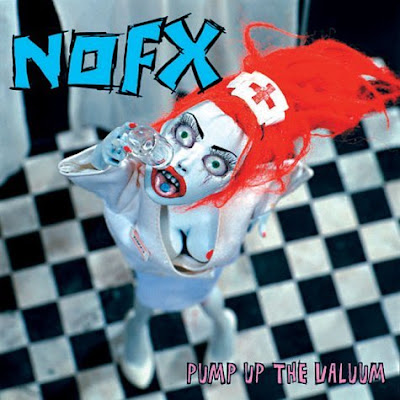 This album got a lot of shit when it was released back in the year 2000 (holy shit, it’s been 10 years already?). When NOFX released “Pump Up The Valuum”, people were saying that it was just “ok” and doesn’t compare at all with older classics such as Punk In Drublic.

Personally, Valuum is one of my favorite NOFX releases, as it contains some of their most humorous songs and catchiest melodies yet. Unlike many of their other albums, this one doesn’t really deal with anything too serious, besides the rant against major labels “Dinosaurs Will Die”, but while the political message has been toned down, the music has not.

I’m sure the majority of you have heard this already (or at least I hope so), but pop it back in for a spin, I’m sure it’s been some time.

MP3:
NOFX – Clams Have Feelings Too

More:
NOFX – Cokie The Clown
Nofx – Coaster
NOFX – So Long And Thanks For All The Shoes
NOFX – War On Errorism