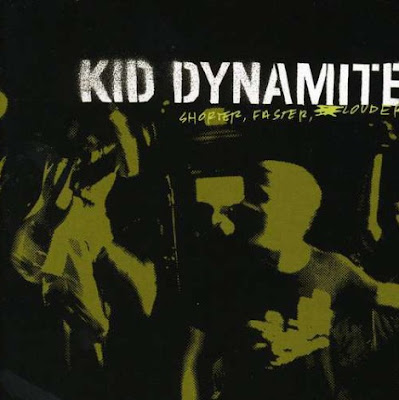 Seriously, Kid Dynamite can get me stoked no matter where I am. Shit, I’m ready to stage dive off my desk and get my ass fired.

The second and final release from arguably the most influential Philadelphia hardcore band, “Shorter, Faster, Louder” has 18 songs that clock in just under 25 minutes. It’s hard to believe it’s been 10 years since this album was released, and sometimes I feel that SFL got shafted when it came out, saying it didn’t live up to the expectations that Kid Dynamite’s Self Titled laid down. These people are smoking something funny.

Sure, I’m a die hard fan of the Self Titled, (it’s in my favorite top 10 albums ever released), but Shorter, Faster Louder is just as hard hitting as the first. I don’t really know what else to say about it besides pure melodic hardcore bliss. Listen to it motherfuckers.

Ravens and Chimes at Union Hall