On Friday night, I battled flooding in my neighborhood and headed out to West Philly’s Gold Coast Lounge to catch a little bit of the crack rock steady, Star Fucking Hipsters and Morning Glory. The bar was the most divey of dives I have ever been to (and completely awesome for said reasons). No stage, just set up on the floor, and I was one of the only one’s without a Colt 45 in my hand. I arrived there late, but made it in time for Combat Crisis. 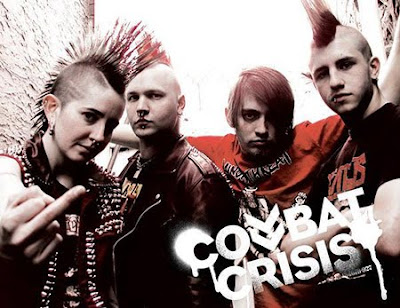 I believe these local Philly street punks were the ones who booked and ran the show, and they always put on a good set as well. They had fans in a frenzied pit, with the frontwoman’s barking vocals and anthematic songs. They even threw in a Suicide Machines cover… tight.

One of the more legendary of the crack rock steady bands, Morning Glory was the reason the majority of people were there. They played their gritty punk rock and had people generally going apeshit. Personally, I was a bit underwhelmed by the set, but that might just be because they didn’t play “It’ll Get Better”. They did however grab Sturgeon for “Gang Control”, and he claimed he forgot the words, Ezra told him to “make them up”. 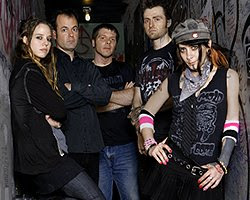 A lot of people left at this point (their lost), but there was still a pretty big crowd for Star Fucking Hipsters. Self proclaimed bubble gum crust, (and I couldn’t have said it better), the band played a tight set that had us shouting along, table diving, and had a line of people (aka Combat Crisis) trying to protect the band from getting knocked into. They grabbed Ezra to play a Choking Victim song (Infested), and even grabbed the guitarist from Witch Hunt to play a song.

Setlist (From what I remember, not complete)

Another One Bites the Dust