After some debate, last night I headed out to Philly’s Electric Factory to catch Off With Their Heads, Bouncing Souls, and Bad Religion.

I’ve seen Off With Their Heads a handful of times, but it’s always been in smaller venues or house shows (Play the OX again please!), so I was sort of doubting how well they would sound in such a big venue. While they are obviously more appropriate in a more intimate setting, but they sounded just as tight in the Electric Factory.

They didn’t really interact with the crowd much (less than usual), probably due to the fact of the barriers and it seemed like only 6 or 7 of us knew any songs by the band, and stood and watched their songs. Fuck that, I opened a pit halfway through and in the words of Billy Idol, was dancing with myself.

Setlist from what I remember:

I Am You
1612 Havenhurst
Terrorist Attack?
For The Four
Drive
Trying To Breathe
ZZYZX
All I Can Do
Clear The Air 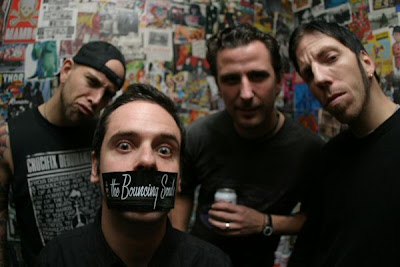 Those fucking NJ moochers! I’ve seen these guys more times than I can keep track of (ok, I think it’s been 14 times now?) and I have to say, I was pretty stoked for them last night. The Souls have helped me get through some of my most difficult times, and last night was no exception. The crowd instantly exploded, and to my delight, the Souls played mostly older songs, forgoing the slower stuff on “Ghosts On The Boardwalk”.

Greg seemed more into the show than usual, jumping down to the barricades and giving the mic to the crowd. People started crowdsurfing (including the most punk rock mofo around, the dude in a wheelchair I see at every Souls show who doesn’t let that shit stop him). A pretty tight setlist, I just wish that they were the headliners… guess I’ll be waiting for the Home For The Holidays show.

Setlist (From what I remember)
Highway Kings
Private Radio
No Rules
Gasoline
We All Sing Along
Sing Along Forever
Say Anything
Kate Is Great
Hot Water Music Cover (Forget Which One)
East Coast! Fuck You!
Lean On Sheena
Some Kind Of Wonderful
Hopeless Romantic
That Song
Never Say Die / When You’re Young 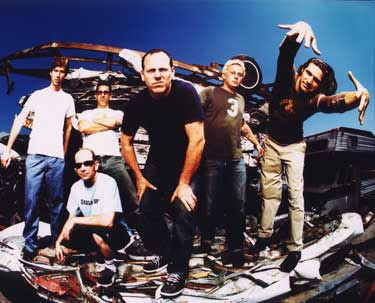 Man, I’ve never seen so many Bad Religion shirts in one place (or so many people wearing the shirt of the headliner for that matter). It was obvious that the majority of people were here for these 30 year legends, and while I was excited to see them, they were the band I was least excited about seeing tonight. Still, they fucking dominated.

Blasting straight into “Do What You Want” there was a decent sized pit the majority of the show. And let me say, Bad Religion did not miss a beat. I was surprised by how tight they played (and I guess after 30 years, it shouldn’t be surprising), and was pleased with their setlist as well as I’m really only familiar with their older stuff.

They played a long time too, which was pretty sweet.

MP3:
Bad Religion – I Want To Conquer The World
Bouncing Souls – Sing Along Forever
Off With Their Heads – Drive