On Saturday I headed down to South Philly to catch a basement show my friend was throwing. Go Rydell was the main inspiration for going out, and I’ve been meaning to catch The Great Explainer for quite some time now. 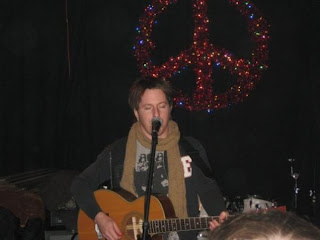 Divided Heaven from Los Angeles, CA was a one man, acoustic singer-songwriter who originally lived in Philly. I thought he looked a bit familiar, and then realized where I recognized him from once he said he used to play in the punk band The Boils.

His music was a LOT different than The Boils (obviously), with not many punk influences except for the lyrics (songs about Philly basement shows, etc). Acoustic stuff usually isn’t my cup of tea, but I dug his set some, especially when he threw in a cover of The Boils song Blood on The Field (which was a little odd to hear acoustic).

After their Chunksaah “The Way Things Swell” EP, the band has been blowing up in this area, and have been getting a decent amount of reviews online. Every time I try to catch these Philly (cough Hamilton NJ cough) dudes, I wind up completely missing their set… not this time around.

They put on a damn solid live show, and made due with the cramped basement space with only a few minor incidents (saw one dude in the band whack his temple against a hanging speaker… looked painful.)

They played my favorite by them “Codeine… Bourbon” so I was pretty stoked. 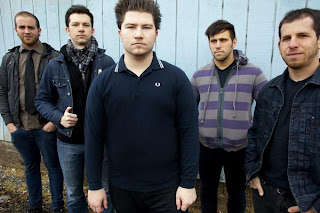 I’ve never heard of these guys before, but they played aggressive, energetic punk rock. It was a bit difficult to hear the vocals, but these Florida dudes were pretty decent, and I definitely plan on checking out their recorded stuff. 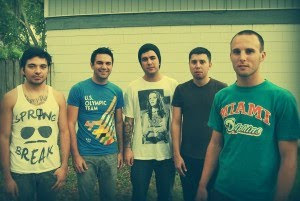 The reason I came out to the show to begin with. Florida’s Go Rydell has been making a bit of a name for themselves lately with their latest split with Grey Area, and I was pretty excited to see these guys again. Playing Kid Dynamite influenced hardcore, they blasted through a few of their songs before saying they had a special treat for Philly: a bunch of Lifetime covers.

A humorous, drunken argument happened between members when one of them claimed Lifetime was from Philly (WHOA WHOA WHOA hold on, as a native NJ dude, lets give credit where credit is due), but nonetheless, they blasted through a few off of “Jerseys Best Dancers” and it was a fun set all around. (With people appropriately completely losing their shit during “Turnpike Gates”).

The reason it seems like most people were at the show. I’ve seen these guys once before and wasn’t too stoked on them, but I also wasn’t in the best of moods that day. This time around, I enjoyed their set much more. They played a relatively quick set of their brand of pop-punk, but the crowd got into it with people dancing around, etc. I need to check out their recorded stuff some.

Taking A Snow Day And Hopefully Not Getting Fired (A Mix!)