Campaign – H1N1 (For fans of Hot Water Music, Friends of Friends, Over Stars and Gutters) 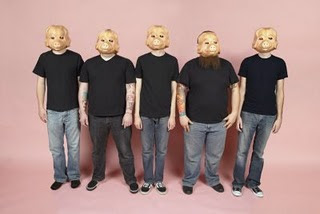 Hey there! You, yeah I’m talking to you buddy. Do you just so happen to have a scruffy beard (or like scruffy beards if you’re a girl)? Often find yourself on punknews? Say to yourself “Boy oh boy! I sure do wish I was in Gainesville right now, drinking some PBR at The Fest!” You’re in luck my friend, do I have the EP for you.

Back when I first Campaign’s latest EP “Beetlejuice Beetlejuice Beetlejuice“, I was blown away and decided I needed to check out their back catalog some, so I picked up their 2009 release “H1N1”. Compared to their latest, the songs on H1N1 are a lot more intricate and ambient, but no less catchy. The fact the band can write a 5 minute long song and keep this A.D.D guy who listens to EPs that are shorter interested and shouting along is nothing short of damn impressive, so there’s that. (Also, at the risk of coming off as a nerd, one of their songs remind me of the moon level of Ducktales for NES, which is pretty awesome.)

While the EP is only 4 songs long, I am completely caught the H1N1 virus (oh yes, I did just make a pun that bad), and I recommend you check this shit out if you love bands like Hot Water Music or 1994!

Better Know A Letter: A- Anti-Flag