Last evening, I headed out to Killadelphia’s Barbary to catch not only our own Holy Mess, but also one of my favorite bands Off With Their Heads. This show was going to be a weird experience for me as I usually lose my shit, but due to my injured broken arm I was forced on the sidelines and *gasp* just to watch the show (probably will be like this until December according to doctors). I missed the opener but made it for the Holy Mess. 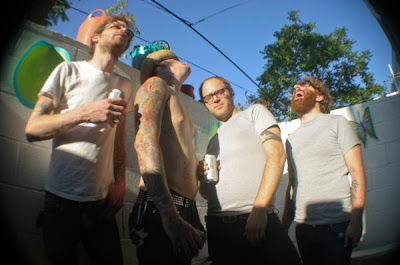 This was the first time I think I’ve ever seen the band sober, and it was weird. Sure, they played much tighter than the sloppy basement shows I’m used to with these dudes, but they didn’t crack any jokes, have their ridiculous stage banter or anything… Regardless, it was a nice change of pace.

The band ripped through a bunch of songs, mostly off their Dismount EP (and one off Benefit Sesh). Only a few of us in the crowd were singing along to all the words, but with the Holy Mess getting more widespread praises and recognition, I expect this to change very soon. 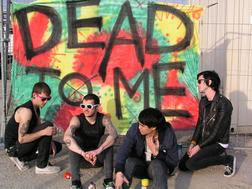 I respect these dudes, but I honestly never really got into them. Their album African Elephants left me a bit underwhelmed, but I have nothing against them either. Like their album, in the beginning I was feeling a bit bored during their performance, but things picked up. They definitely had a bunch in the crowd dancing around. 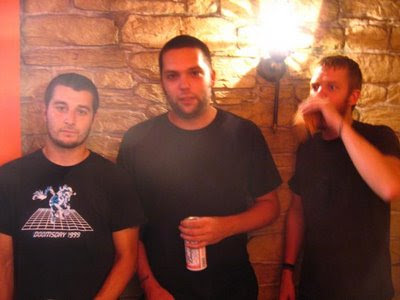 Fuuuuuuuuck me. One of the most energetic and lively OWTH sets I’ve seen, and I have to just watch. The crowd was obviously stoked to be seeing them, and a pit broke out immediately. The band was incredibly short on time, and so they said no banter, just songs. In addition, singer Ryan seemed to actually be having a blast on stage instead of running through the motions that happened in the past.

After playing a few songs, Ryan asked the crowd “so do you guys want to hear the Hospitals EP?” They then played that in it’s entirety, and topped it off with a few more (closing obviously with Clear The Air).

Every time they come around they have a different number of band members, and I have to say, I think they function best as a 3 piece.

Setlist (from what I remember, not in order):

Mates of State- All Day EP