The Reveling – Tributaries (For fans of The Menzingers, Gaslight Anthem, Smoke Or Fire) 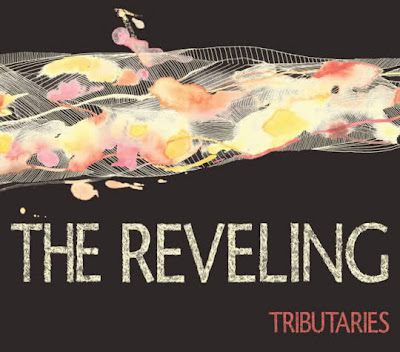 I drowned a hipster in a tributary the other day… it wasn’t mainstream! hahaha *ahem*. There are some albums that are just perfect for the current season. As we head into autumn up here in the Northeast (and try not to die in earthquakes apparently…), I find that The Reveling’s June 21st release of “Tributaries” is the perfect soundtrack.

While I was a fan of their 2009 EP 3D Radio, Tributaries has shown how much the band has evolved. With 10 soulful anthems that are reminiscent of Gaslight Anthem and The Menzingers, The Reveling shows their ability to create a catchy ass song without getting repetitive or overly melodic.

Lyrically, the songs deal with a number of issues, from personal loss to growing up in a working class neighborhood (I particularly like the song Ironbound, which unless I’m mistaken, is about the section of Newark NJ. I had a lot of family living there as a kid and grew up not too far).

Usually this particular style of music is a bit of a grower for me, but I loved Tributaries right off the bat. Keep a lookout for The Reveling, I have a feeling Tributaries is going to be on a lot of people’s top 10 this year.

You can stream the entire album on the label’s page.

Arrah and the Ferns Kaput

The Bronx – The Bronx III (For fans of The Humpers, The White Stripes, Teenage Harlets)

The Vapids: Most Under-rated Ramones-Esq Band Around