This past Wednesday, I was feeling a bit bored and antsy, then I remembered about a Dry Feet show that was happening with Jeff The Brotherhood. I headed out to Philly’s relatively new Bookspace for the first time, which is the coolest concept of a venue I’ve seen in a while. Pretty much, it’s a warehouse filled with books for sale, and they throw shows there. So in between sets, I was reading “The Ninja’s Guide to Throwing Surikens”. Fuck yeah. 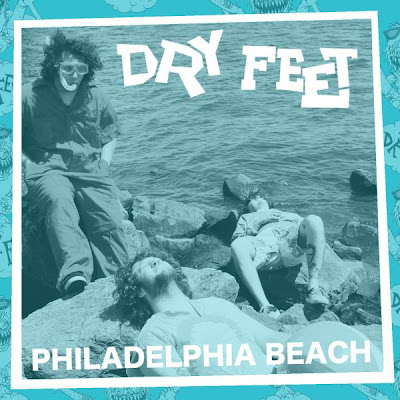 It amazes me I’ve never gotten a chance to see Philadelphia Beach rockers Dry Feet play a show. I’ve had their first album since it came out, but anytime they had a show, it conflicted with something else. Dressed in over the top beach attire (snorkels, etc), Dry Feet took the floor and blasted through a quick set which had a few in the crowd singing along and dancing to the sweet surf rock sounds.

In addition to “Can’t Sleep at Night” and a few others off their only released album, they played some off an upcoming one, and the songs seemed to follow their surf rock path. I was a little surprised by how quick the set was, but given the history of their other bands, I guess I’m not too surprised. 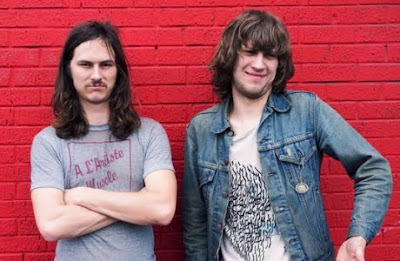 I’ve heard of this Nashville duo before, but have never actually heard them. They played a long set which had people in the crowd going strong. I don’t know any of the songs, but I was digging their grungy garage rock. I was a little lost on some of the longer slower jams, but they’d always gain my attention back by rocking the fuck out with the next song. Highlight was definitely when they went to go take a bathroom break in the middle of the set, and these two random dudes took the stage (and their instruments), and started rocking the FUCK out.