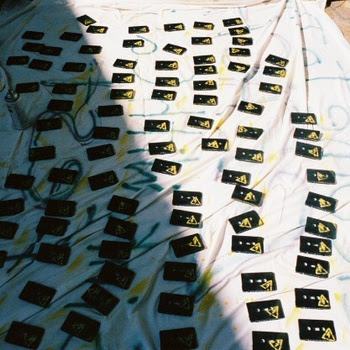 Sometimes you stumble across a band in such an odd way, it almost seems like fate. A friend of mine told me she’s been trying to check out this band called The Dangers for a while now, but couldn’t find out which one it is (few bands with the same name). I tried helping her out, and in the process of trying to find it, stumbled across California hardcore band Dangers.

I checked out their demo they released in 2004, and was fucking hooked immediately. Listening to the demo is essentially a 6 song, 7 minute long tornado of furious hardcore and emotion. In my opinion the real gem on the album is the opener “We Broke The PA” which is able to deliver the message about the pacification of hardcore’s meaning in the most poetic way possible, crammed in 46 seconds of pure aggression (Our music is so soothing/Our movement is not moving/ We plug our mic’s into Clear Channels/They buy it/Now we’re dismantled)

Danger’s demo is a must have for any fan of no bullshit, no frills hardcore… oh, and it’s completely free to download up on their band page.

Mp3:
DANGERS – We Broke The PA

More:
Carry On – A Life Less Plagued
American Nightmare – Year One
Punch – Self Titled
Cokebust – Lines In The Sand