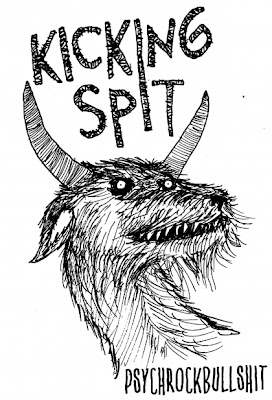 I’ve been meaning to check out Kicking Spit’s “Pyschrockbullshit” EP for a while now. I brought the CD into work right before I broke my arm, and it sat there for months while I was out on disability. Now that I’m back, I FINALLY had a chance to listen to it, and let me say, these New Brunswick, NJ dudes don’t let down.

The 6 song EP is filled with fuzzy distortion punk rock, mixed with plenty of traditional rock and roll sensibilities and indie college rock that was popular back in the 90s. Taking plenty of cues from bands such as Husker Du and early Weezer, Kicking Spit puts their own refreshing spin on a genre that has all but died out.

Usually, I’m not a huge fan of bands that are influenced a lot by the indie bands of the 90s, but I’ve been giving “Pyschrockbullshit” plenty of spins as of late. Definitely check it out if you are a fan of bands such as Husker Du.

Ska covers of Pavement and Fugazi