The Internet May Die Soon, Fight Back Now 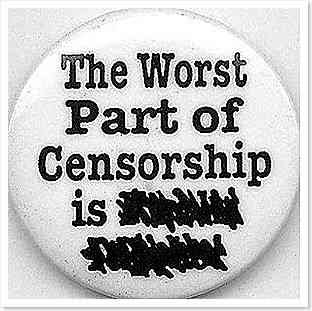 So you’ve probably heard about the whole SOPA/PIPA mess going on. It’s gotten bad enough to the point where major companies like google and craigslist are taking a stand on it. Pretty much, imagine if you’re grandparents tried to “fix” the internet. It’s sort of like that. And YOU can make a difference.

What is this nonsense?

SOPA is the House’s version of the bill, and PIPA is Senate’s. Both bills were designed to stop internet piracy, but they are incredibly flawed.

What’s Wrong With Them?

Both of these bills are ripe for abuse, and groups such as the RIAA have abused bills like this in the past. A perfect example is when I posted a negative review of Rise Against’s latest album. I didn’t post any mp3s or any infringing content, simply a negative review. My blog post got deleted and Housewives was threatened to be taken down completely because the RIAA contacted Google and told them I was infringing (again, there were no MP3s). Censorship at it’s finest.

You know the whole “great firewall of china” thing where people in china have certain sites blocked by the government? It’s really laying the groundworks for that.

This Would Never Pass!

Bad news. The majority of senators and congressmen are supporting these bills, some because they are uninformed… others because their biggest lobbyists are from the media industry who essentially wrote these bills.

Shit, What Can I Do To Stop It?

Call your senator or congressman. Seriously. Just fucking do it already. I just got off the phone with mine, and one of them actually switched their position from favoring it to against it because of all the citizen pressure. We can make a difference, and I just spoke to one of the co-sponsors of the bill, and they are becoming more hesitant to keep their name attached to it simply because they are learning it may cost them a re-election. Their exact words were “we’re still waiting to hear from more constituents.”

The call took me less than 5 minutes. Look up your politicians info, and stand up against censorship.

But I Don’t Know What To Say!

I was worried about this too, but if I can do it, trust me… you can as well. I simply said

“Hello, my name is [your name here], and I am a constituent of [insert senator here] residing in zip code [your zipcode here], and I am calling to urge my senator to vote against PIPA (or SOPA if you’re calling a congressman). Where does he stand on the issue?”

They would then tell me they were for it, and I would reply:

“Well I just want to make senator aware of the ramifications of the bill. For one as it is written, the bill is open to potential for abuse. Secondly it will hurt E-commerce and the economy due to companies shutting down due to loss of jobs.”

Take 5 minutes of your time now to call, a few senators have already switched their positions due to public outcry, and many are on the fence still.